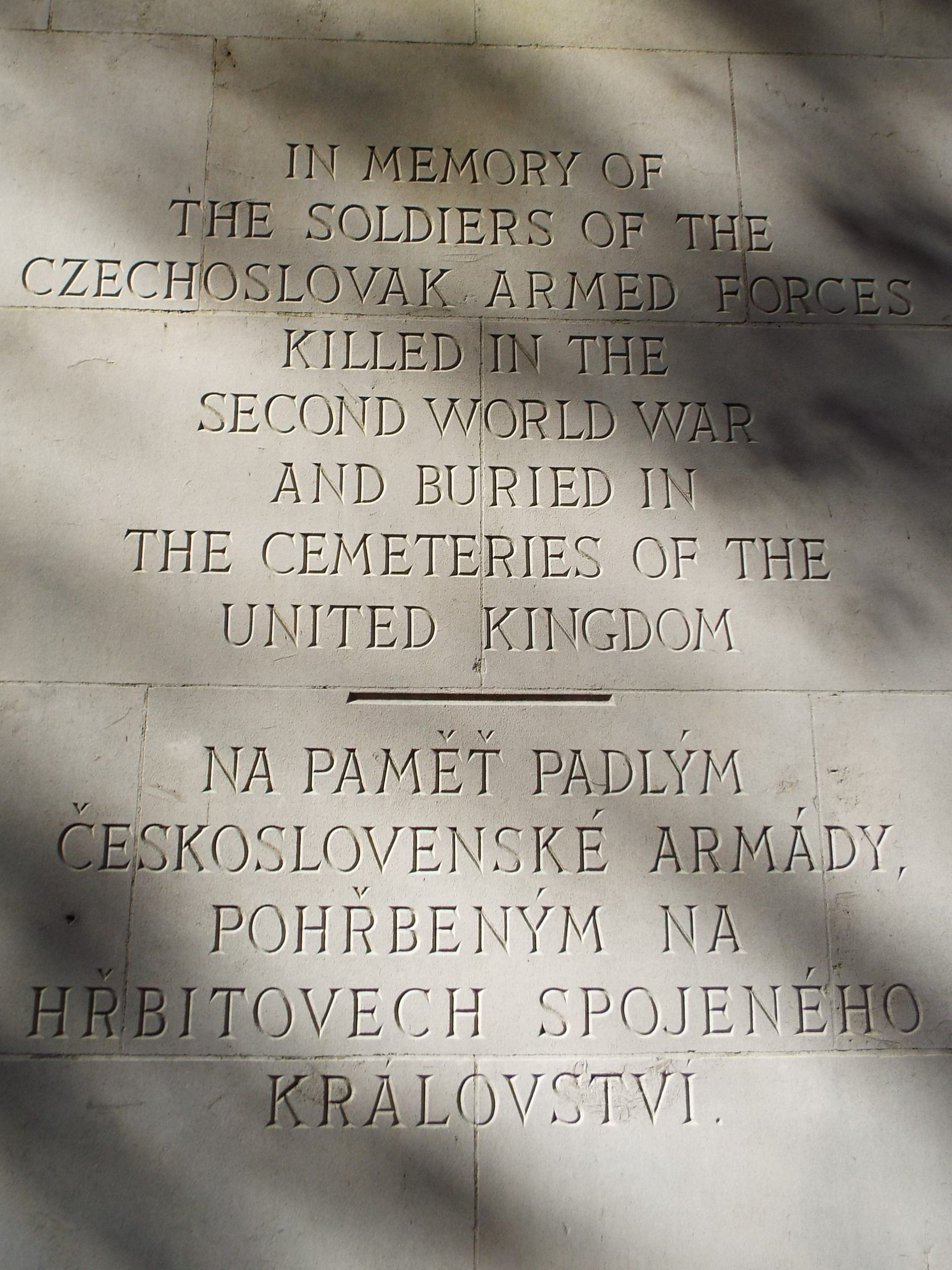 ‘We will remember them’

MISSION STATEMENT OF THE MEMORIAL ASSOCIATION for FREE CZECHOSLOVAK VETERANS

“The purpose of the Association is to honour and perpetuate the memory of the Czechoslovak servicemen and women who fought alongside the Western Allies during Second World War.”

The MAFCSV aim to do this through a variety of activities including:

• Maintenance of the burial plot at Brookwood Cemetery, Surrey and the Czechoslovak Armed Forces Memorial at Cholmondeley Castle, Cheshire.

• Maintaining contact with UK Armed Forces organisations which had a connection with the Czechoslovak Armed Forces in the UK during WWII.

• Involvement with both the Czech and Slovak Embassies and organisations in the UK, who are engaged in similar events and projects to commemorate the Free Czechoslovak Forces.

• Promoting an understanding of this shared Czech/Slovak/UK history in schools.

• Maintaining contact with the Czech and Slovak Republics and keeping the memory of this particular group of Czechoslovak servicemen and women alive in those countries.

• Working on projects that tell of the involvement of Czechoslovak Army and Air Force with Allied Forces in WWII.

Further information about us, our events and our veterans can be found on our Facebook Page ‘Memorial Association for Free Czechoslovak Veterans’ or on our Instagram or Twitter pages under the same name.