Skip to content Skip to blog sidebar
Home » Our Embassies

The MAFCSV works closely with both the Czech and Slovak Embassies to remember the Free Czechoslovak veterans buried here in the UK and abroad.

We appreciate the support that both Embassies offer to help us achieve our aims.

Lubomir Rehak was born in 1970 in Topoľčany, Slovakia. In 1992 graduated from the Moscow State Institute of International Relations (MA, PhD in 1997) and started his professional carrier at the Ministry of Foreign Affairs of Slovakia.

His first 5-year diplomatic posting abroad was in Moscow as the Private Secretary to the Ambassador and Political Officer for Central Asia (1993-1998). He then went for 4 years to the Embassy at Lisbon as Deputy Head of Mission (1999-2003). After that he became the European Correspondent of the Foreign Ministry – co-ordinator for the area of the EU Common Foreign and Security Policy (2004-2006).

His next posting was to Belarus as Chargé d´affaires at the embassy at Minsk (2006-2008). While there he also undertook the duties of the EU Local Presidency in Belarus in 2nd semester 2007. He then moved to Brussels as Ambassador – Representative of Slovakia to the EU Political and Security Committee (2008-2010) and on returning to Bratislava he was appointed a Political Director of the Ministry of Foreign Affairs (2010-2011).

In 2011, the President of the Republic appointed him as Ambassador Extraordinary and Plenipotentiary of the Slovak Republic to the Republic of Kazakhstan and the Kyrgyz Republic and he began his duties at the Embassy in Astana in June 2011.

As of October 2012, he was again appointed a Political Director (Director-General for Political Affairs) at the Ministry of Foreign and European Affairs of the Slovak Republic in Bratislava.

In 2015, the President of Slovakia appointed him as Ambassador Extraordinary and Plenipotentiary of the Slovak Republic to the Court of St. James´s (Royal Court for the Sovereign of the United Kingdom of Great Britain and Northern Ireland) and he arrived in London on 10 August 2015.

Ambassador Rehák is married, his spouse Dana also works with the Foreign Ministry. They have 2 daughters – Magdaléna and Alžbeta. He speaks English, Russian and Portuguese and can communicate also in French, Spanish, Belarusian and Polish. 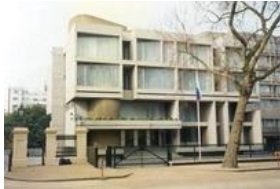 H.E. Libor Sečka took up his posting as the Ambassador of the Czech Republic to the United Kingdom of Great Britain and Northern Ireland on the 5th of January 2016.

2016: Ambassador of the Czech Republic to the United Kingdom of Great Britain and Northern Ireland

1997 – 1999: Member of the Czech Republic Delegation for the Negotiations with the EU – appointed by the Government

1993 – 1995: Embassy of the Czech Republic to Spain, Counsellor of Embassy – Deputy Head of the Mission

1990 – 1992: Embassy of the Czech and Slovak Federative Republic to Spain, First Secretary of Embassy

He is married to Mrs Sabrina Sečková and he has got three children – daughters Kateřina and Stella and son Libor. 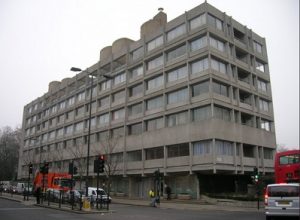 Embassy of the Czech Republic

The MAFCSV would also like to give particular thanks to both the Defence Attaches’ who give a huge amount of their time and help to organise our Brookwood and Cholmondeley events. 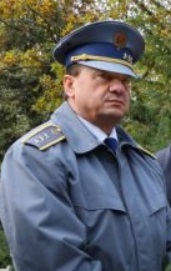